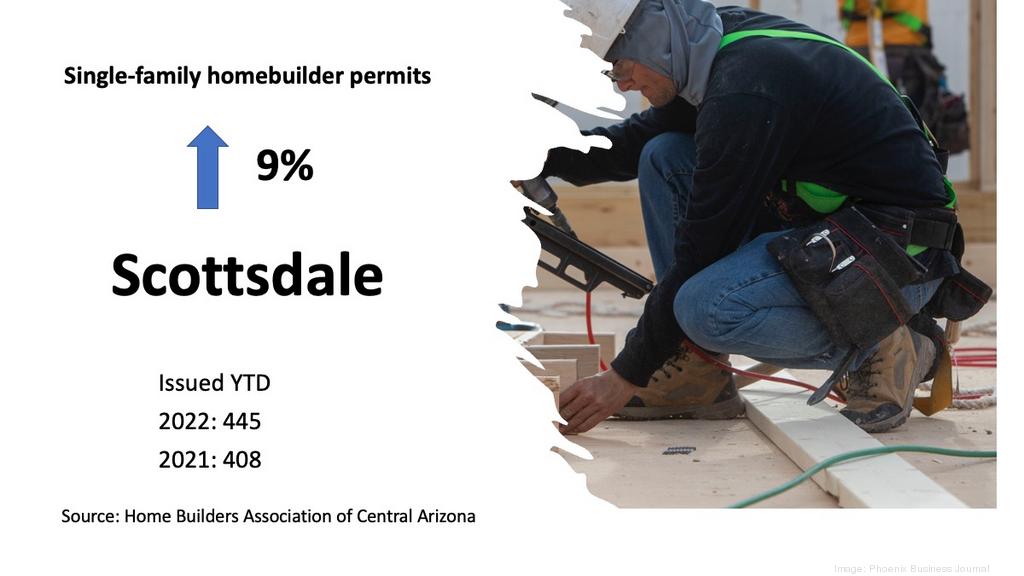 Scottsdale was one of only four municipalities that reported an increase in single-family permits issued between January and the end of September.

The homebuilding industry is taking a hit as rising mortgage interest rates are causing buyers to hit the pause button. As a result, Phoenix-area homebuilders have been issuing fewer single-family permits.

So far this year, single-family permits are down 14% year over year, dropping to 21,284 permits issued through Sept. 30, down from 24,649 for the same period last year, according to the Home Builders Association of Central Arizona.

“Falling permit levels are a reflection of the current new home market, which is stagnant compared to earlier this year,” said Steven Hensley, advisory manager for Zonda housing market research firm. “Consumer demand has waned in recent months with affordability challenges and economic uncertainty. We expect permit activity to be low the remainder of the year.”

Read more (subscriber content)
Some stories may only appear as partial reprints because of publisher restrictions.